We've all noticed them: the little old ladies and gentlemen who, for lack of anyone else to talk to, strike up conversations with cashiers at the supermarket or passers-by on the street - loneliness wrapped in friendliness, with life stories to tell and no one to listen. Here in Germany, for example, many of these seniors have personal anecdotes to tell about the Second World War, the division of Germany, the reunification of the country, etc. Since history unfolds constantly, no matter where one goes, there are seniors with stories to tell.

At the same time, young people today, due to the changes in family structures, lead lives without much contact to the elderly. Lack of such interaction keeps young people at a distance from the chance to gather wisdom and insight. Our initiatives aim to bridge such gaps. 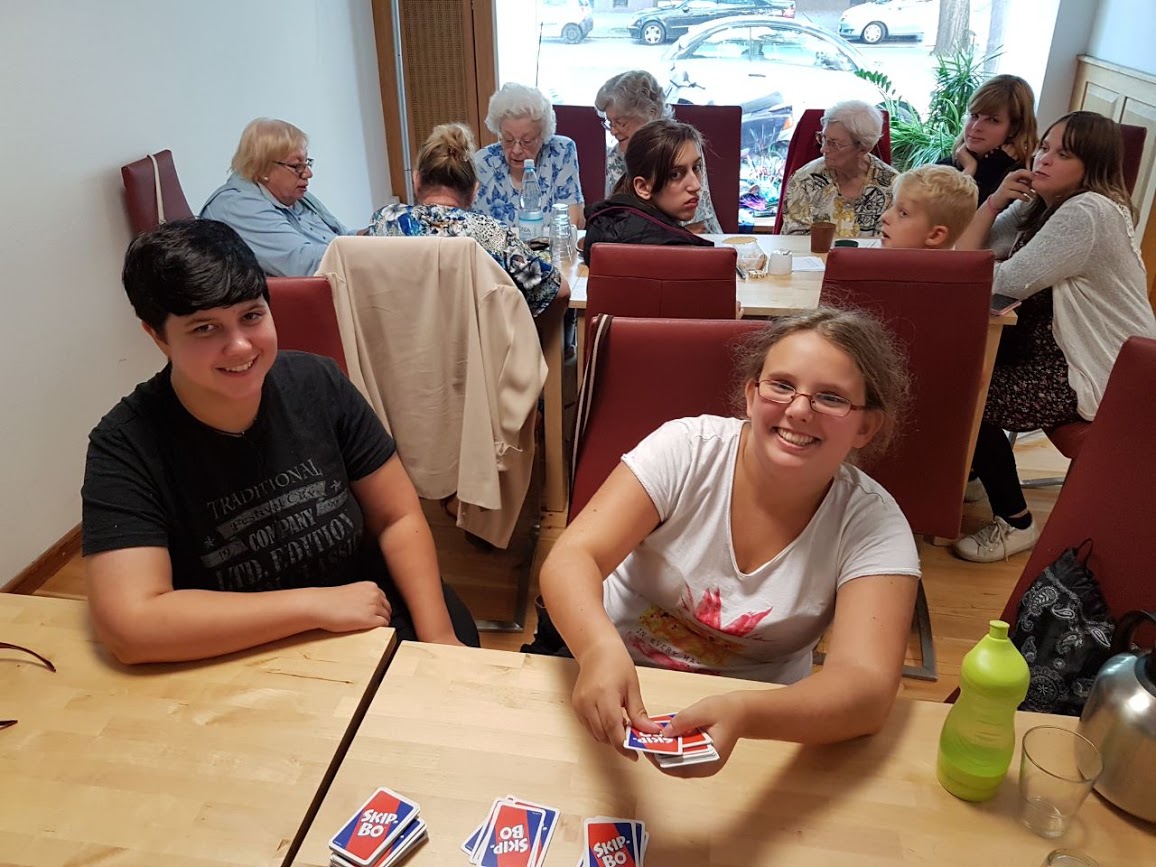 Follow us on Facebook to receive an update when then next gaming afternoon is scheduled. In addition to the gaming afternoons that we are currently hosting, we are looking for a team to implement the following initiative:

Objective: To bring young people and seniors together. The seniors speak in response to questions about their life experiences. The youth volunteers capture the responses in the form of short documentary films to be placed on YouTube.

How You May Be Involved / Who's Needed:

The project management team will arrange gatherings after school and on the weekends. The young adults will be facilitated in formulating their questions and guided in basic filming techniques in preparation for working with their designated senior. Simultaneously, the interested seniors will be briefed and guided as to the topics about which they would like to speak. After the prep work is completed, these two groups will be brought together and the camera will roll!

Target Date: To be advised ( In need of an implementation team! )

If yes, let us know here.

Sign up for Diane's Newsletter to keep up to date with the initiatives.

Your personal data will only be used for the purposes mentioned here and will not be offered to a third party.